AUGUSTA, ME – Consigli Construction Co., Inc. was joined by Maine Supreme Court Justice Leigh Saufley, other judges and members of all levels of the Maine Judicial Branch on Wednesday, September 18th to celebrate a major building milestone for the new Augusta Court Facility, constructed by Consigli and designed by PDT Architects.

The traditional “topping out” ceremony marked the placement of the last steel beam onto the new 100,000 square-foot, four-story building. The new consolidated court facility will be linked to the adjacent historic Kennebec County Courthouse by a pedestrian bridge and will accommodate jury, non-jury and family courtrooms, as well as court clerk and other administrative offices, ultimately, housing functions of the Augusta district and family courts and Kennebec County Superior Court.

Saufley spoke to all gathered, thanking the judicial branch, PDT Architects and Consigli for their teamwork in building a facility which is on time and on budget. Nearly 60 construction field workers are currently on the site, with work continuing through the end of 2014. The building will be occupied and operational in early 2015. 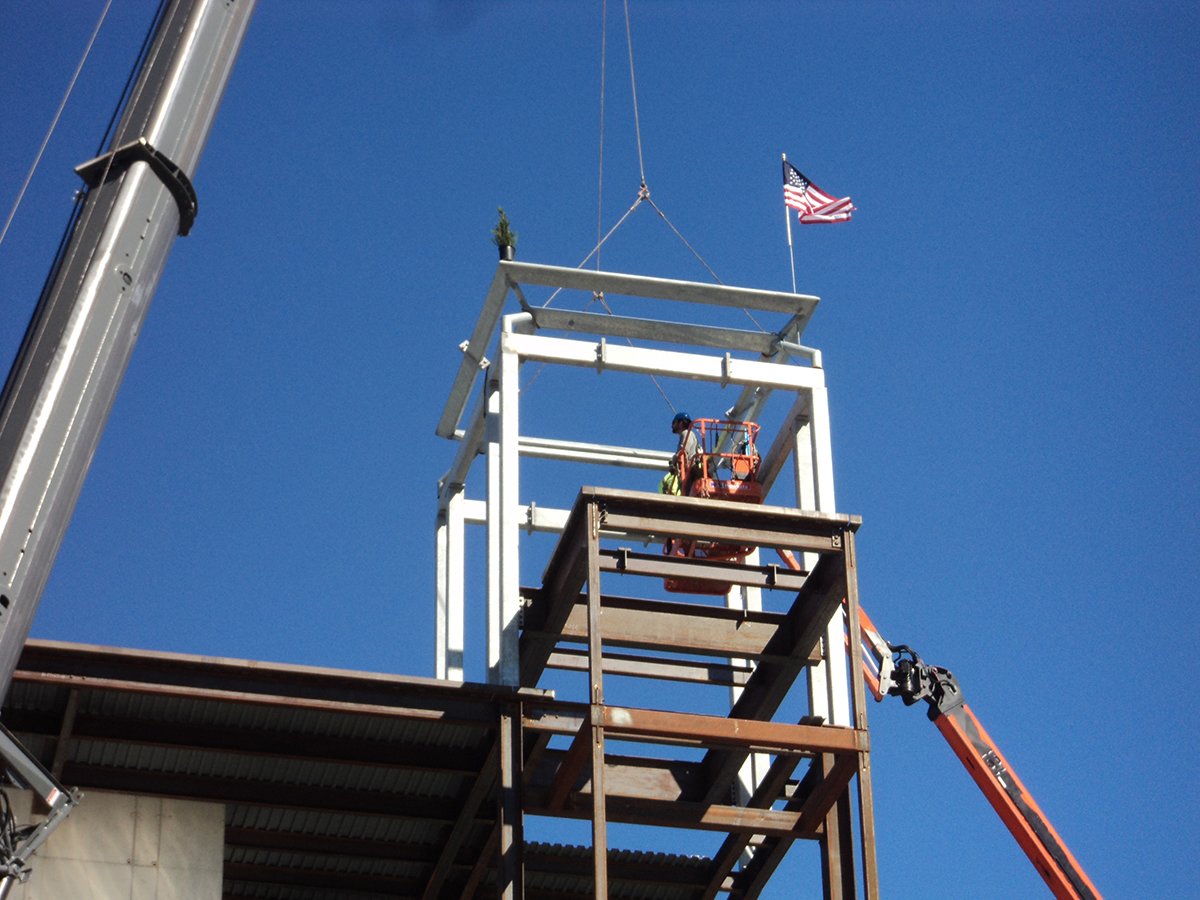