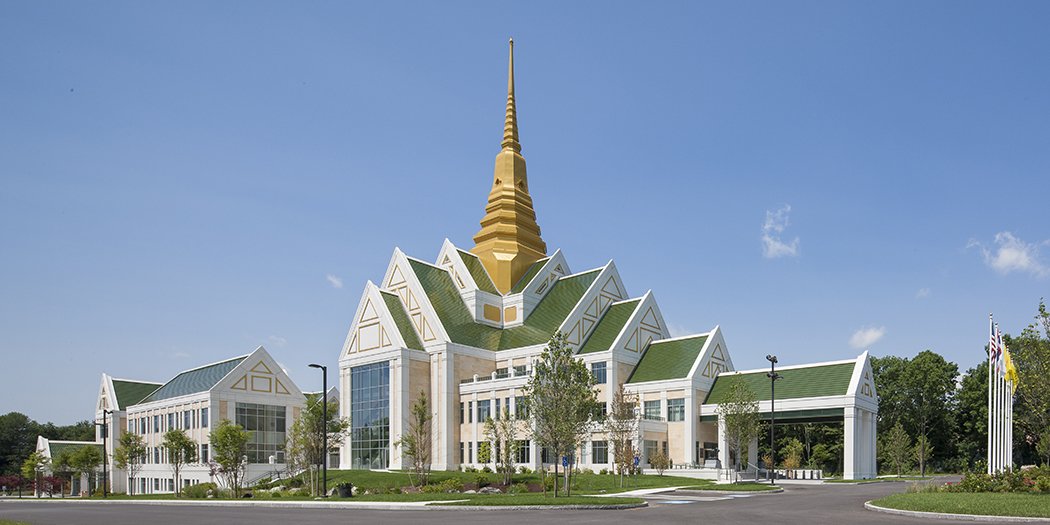 Build New England recognizes outstanding project teams for their collaborative approach to planning, designing and building facilities that meet the vision and goals of the owner and enhance the community in which the project resides. Receiving recognition with Consigli for the largest Thai Buddhist Temple outside of Thailand, built in Raynham, Massachusetts were NMR’s  project director, Paul Chapple R.E. Development, Inc.; architects, ARC/Architectural Resources Cambridge; engineers, BALA|TMP; and subcontractors, Interstate Electric and Colony Drywall.

The new $60 million meditation center combines building styles, materials and craftsmanship from both Eastern and Western cultures and serves both the Thai community and its neighbors as a temple, as well as a place for events and education about Buddhism and Thai culture.  Opulent finishes and royal artifacts including multiple Buddha statues, some over 15 feet tall and weighing up to four tons, had to be imported, reassembled and installed by the project team.

“There are very few contractors I can imagine doing this project other than Consigli.  It requires a special touch.  The biggest thing was the need for flexibility and sensitivity in handling a lot of unusual finishes and thinking outside of the usual parameters to adapt to this unique project,” said Project Director Paul Chapple.

Consigli was the only construction firm to receive a total of three awards in this regional juried program comprised of professionals from all facets of the built environment.  In addition to receiving the AGC’s top award for the Wat Nawamintararachutis Thai Temple and Meditation Center (NMR), Consigli also received a Merit Award for Summer Star Wildlife Sanctuary Trailhead House, located in Boylston and Biogen’s World Headquarters at 225 Binney Street in Cambridge, Massachusetts. 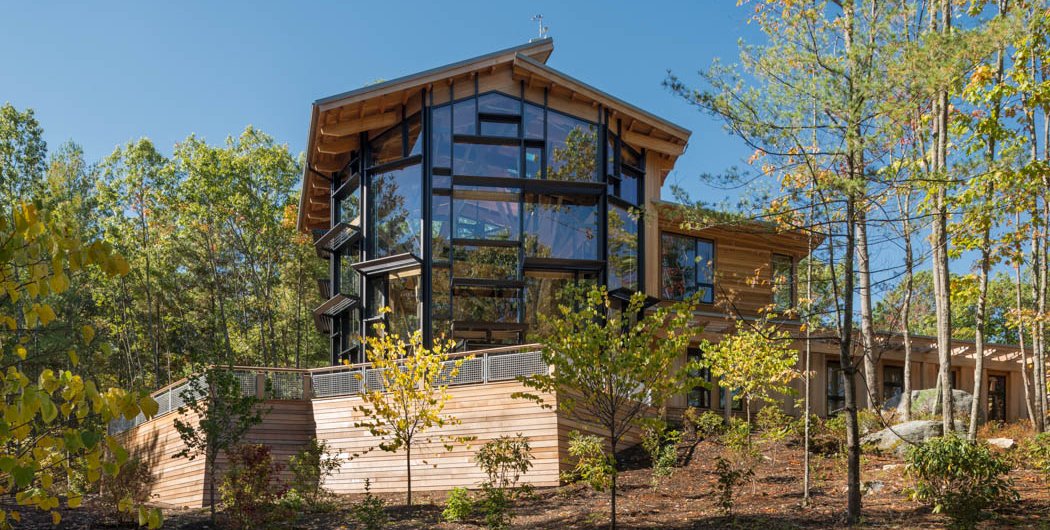 Summer Star Wildlife Sanctuary Trailhead House is the gateway to 45 acres of preserved forest, streams and wetlands and 1.5 miles of trails in Worcester County, Massachusetts.  The welcoming and nature-inspired 5,200 square-foot building serves as an educational and informational center for visitors.  The project team fulfilled the client’s vision for a place of tranquility and reflection that also protects and cares for the surrounding wildlife habitats and environments.  The LEED Gold certified project recently received the U.S. Green Building Council of Massachusetts’s 2015 Project of the Year designation.

“Due to the unique qualities and focus on public use, from the relocation and reuse of site rocks and trees to the earthen roof, it was quite clear the team went above and beyond to create a work environment that was most compatible with its sensitive surroundings,” said an AGC juror when judging the Summer Star Wildlife Sanctuary project.

Biogen’s new home at the 410,000 square-foot, six-story 225 Binney Street in Cambridge, Massachusetts is designed to accommodate 1,200 employees within a state-of-the-art urban development located in the heart of the world-renowned scientific research, academic and technology hub. To meet the quality, schedule and cost objectives of the client, Consigli and the building team responded with an integrated BIM-intensive and collocated team approach that saved seven months on the schedule and $2.3 million in project cost.

Since 1981, the AGC of Massachusetts has held a juried awards program every other year to recognize outstanding project teams for their collaborative approach to planning, designing and building facilities that meet the vision and goals of the owner and enhance the community in which the project resides.

Check out the video below to see more of our NMR Temple project: