NATICK, MA – More than 40 beds were built for children in need on Wednesday when Consigli Construction Co., Inc. volunteered for the Boston Cares Bed Project. The annual charity event supports the more than 1,500 greater Boston school children that do not have proper beds to sleep in.

“We’re proud to participate in something that will make such a meaningful difference for hundreds of Boston’s most vulnerable kids this holiday season,” said CEO Anthony Consigli. “We are firmly committed to impacting the lives of children in need and look forward to a continued partnership with Boston Cares.” 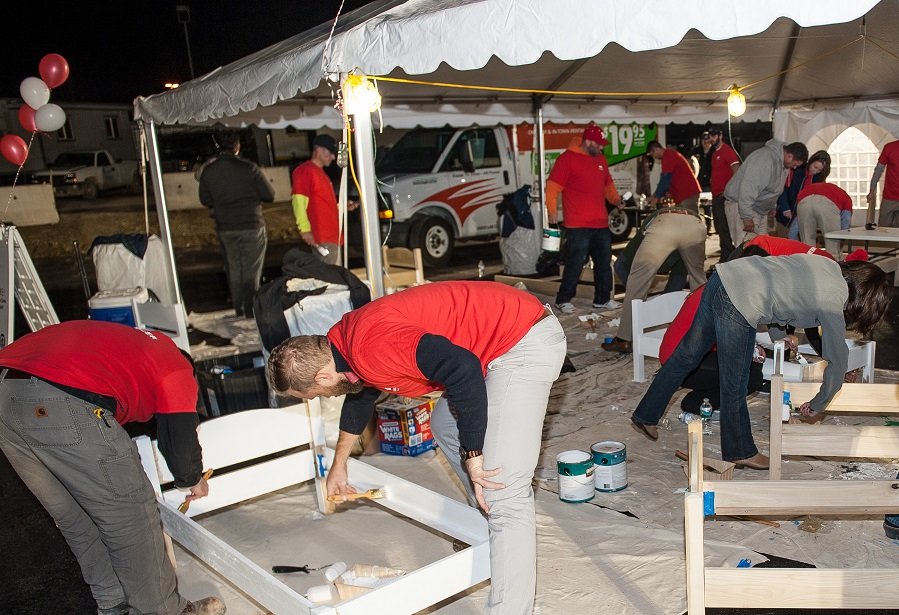 More than 50 Consigli employees volunteered at the “bed build” hosted at MathWorks in Natick, where Consigli is building more than 525,000 square feet of new construction. When finished, the project will support the software company’s growing employee population with office and meeting spaces. The project also includes a brand new 569-space parking garage.

Boston Cares launched the campaign to build beds in 2014 under the leadership of Mayor Martin J. Walsh. More than 1,500 greater Boston children do not have beds, affecting their self-esteem, ability to learn, and likelihood of graduating from high school. Many of the children are transitioning from homeless shelters into new homes.

Boston Cares is the largest volunteer agency in New England, an Innovation Hub within the national HandsOn Network, and an award winning leader in the volunteer engagement sector. Filling more than 20,000 volunteer spots annually in support of more than 165 Greater Boston schools and non-profit agencies, Boston Cares offers a wide array of programs and opportunities for people to make a difference.

Through the Consigli Foundation, established in 2001, the company works to directly impact the health, education and well-being of disadvantaged children by contributing to the cities and towns that it works in not only to make a better today, but a better tomorrow.