The signing of the last steel beam put in place on the 60,000 square-foot, 11-story building marks a significant milestone in the construction of the residential development that will provide 67 rental apartments for Chinatown’s low-income population.

Located in the Boston Empowerment Zone, adjacent to the Midtown Cultural District, the new building fills the site which has been used solely for surface parking since 1951. Developed by the CEDC, Oxford Ping On Affordable Housing will not only maximize the use and economic vitality of the Chinatown Main Streets area, but also address the critical affordable housing need of the surrounding neighborhood.

Primary lender for the project is Boston-based Eastern Bank, the largest and oldest mutual bank in the country, along with syndicator Royal Bank of Canada (RBC)/Capital One.

The project is slated for completion in the spring of 2016. 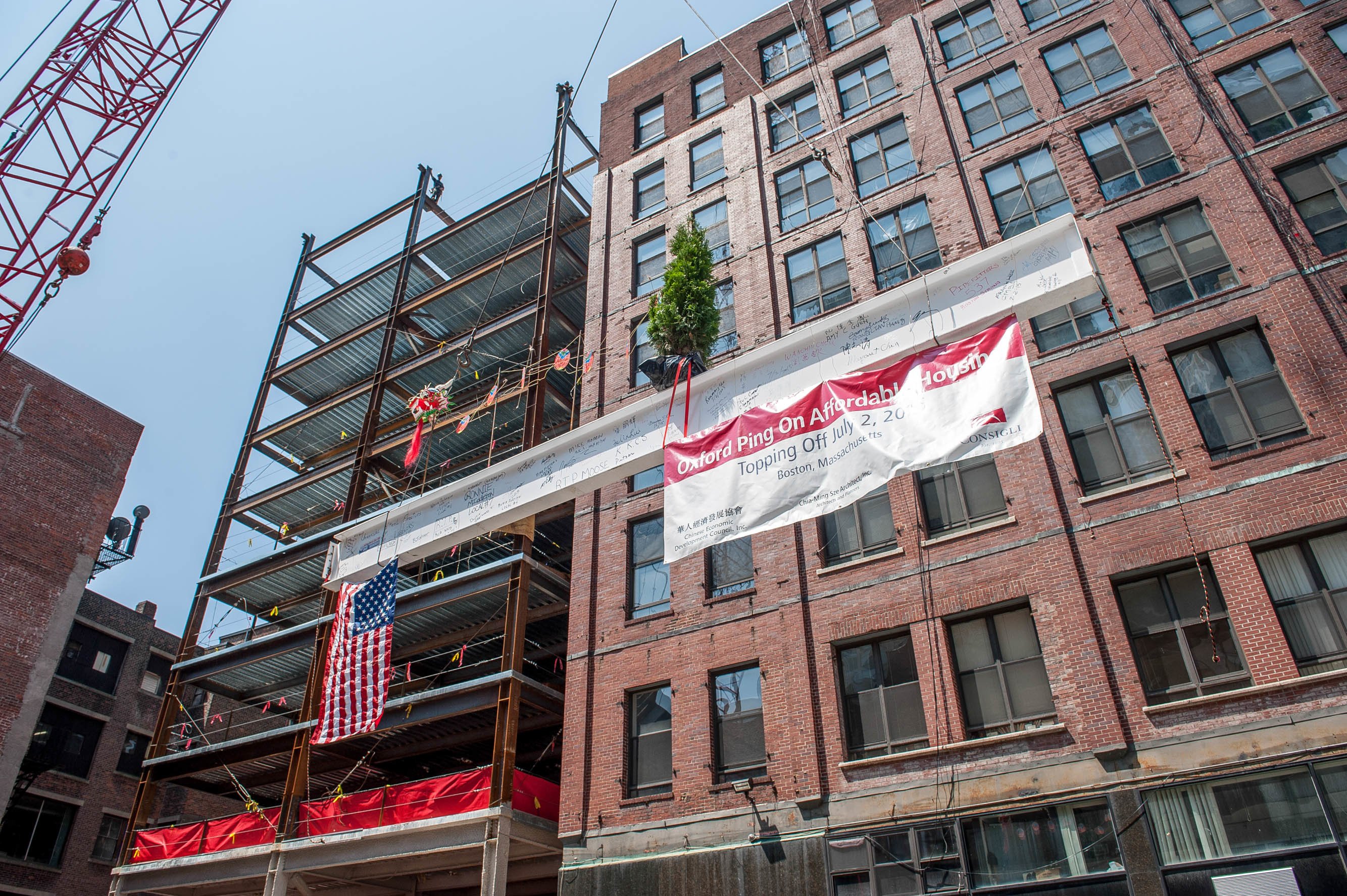 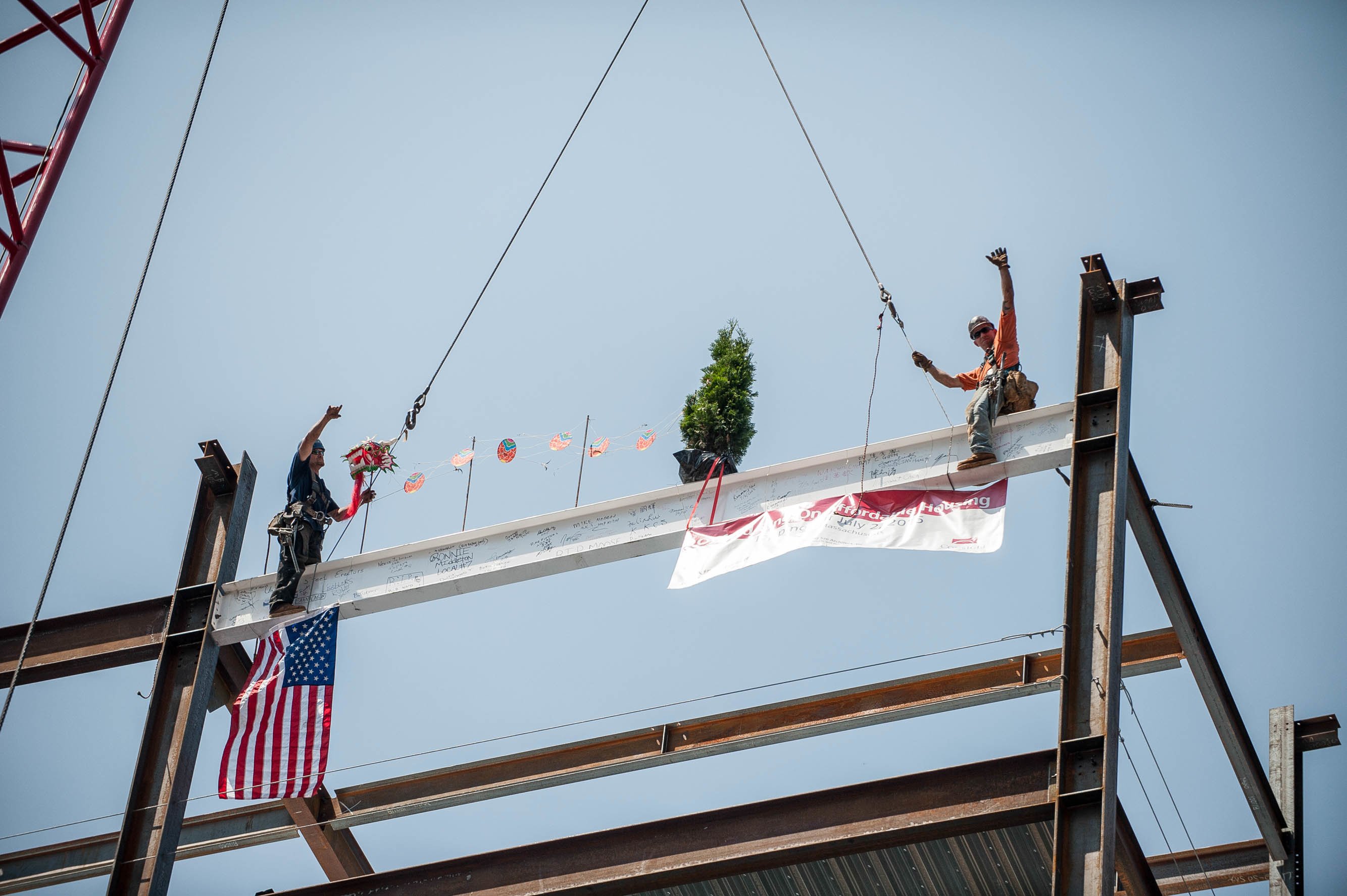