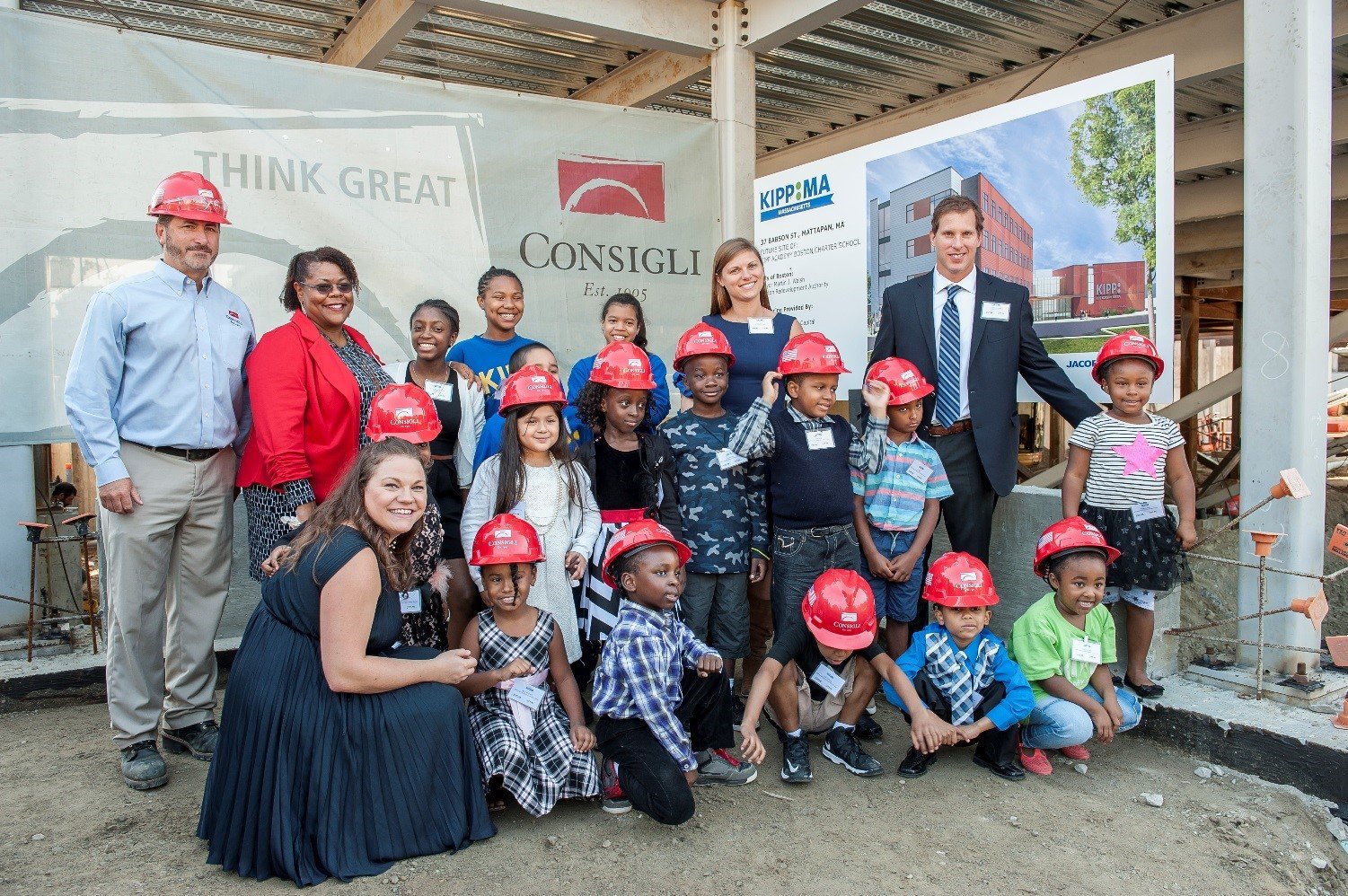 A first grade choir of twelve “KIPPSters” kicked off the morning with three songs, followed by words from 8th grader Garshae Mowatt-McKenzie, and KIPP Academy parent, Cassandra Rhea and Executive Director Caleb Dolan.  Mowatt-McKenzie shared some of her experiences as a founding 5th grader and her wishes for a KIPP High School to continue her education. “When I found out KIPP wasn’t having a High School I was devastated … KIPP has given so many students a chance to see that they can be more than where they grew up.   One of the wonderful opportunities I was able to earn because of KIPP is a $10,000 scholarship towards college from the Red Sox Scholars Foundation. Only 10 students out of all the Boston Public Schools were chosen for this opportunity and 2 out of those 10 students are from KIPP.”

Cassandra Rhea spoke about her four children’s educational experiences at public, private and charter schools stating that, “Every parent I know just wants a good education for their child.   I am one of the lucky ones because I have found that here at KIPP.  I’m excited for what’s to come with this school, a new building, a new neighborhood and more community involvement.  I am hopeful that someday there will be a KIPP High School, so that my children, and many others can continue their education in the environment that has served them so well.”

Currently there’s a cap on Charter schools in Massachusetts which prevents KIPP from having a KIPP Academy Boston 9th – 12th grade High School.

Executive Director, Caleb Dolan, shared that our “teachers, leaders, students and families have worked hard to earn this beautiful building.”    Assistant Principal, Nikki Barnes, and Dolan invited guests to share in the dedication of the cornerstone: “To the children and families of Boston and the community members who serve them.”