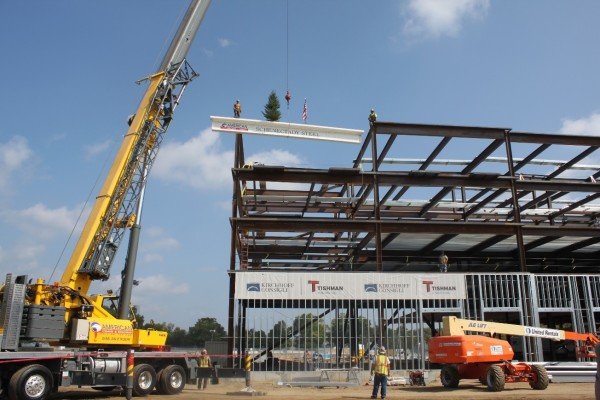 The group of more than 75, including dozens of ironworkers, gathered to mark this significant project milestone by signing the final piece of steel to be raised up and set into place. Since breaking ground on May 27th, more than 650 tons of steel have been hoisted into place on the structure.

“The impressive rate at which this project is being built is testament to the hard work of our entire construction team,” said Tom Wiedmayer, Executive Vice President and General Manager of Saratoga Casino and Raceway in a statement to the press.

Since its initial design, minor modifications have been made, bringing the room count to 117, including 9 suites.  Hotel amenities will include an indoor pool, fitness center, lobby bar, meeting and banquet rooms and a signature fine-dining restaurant.