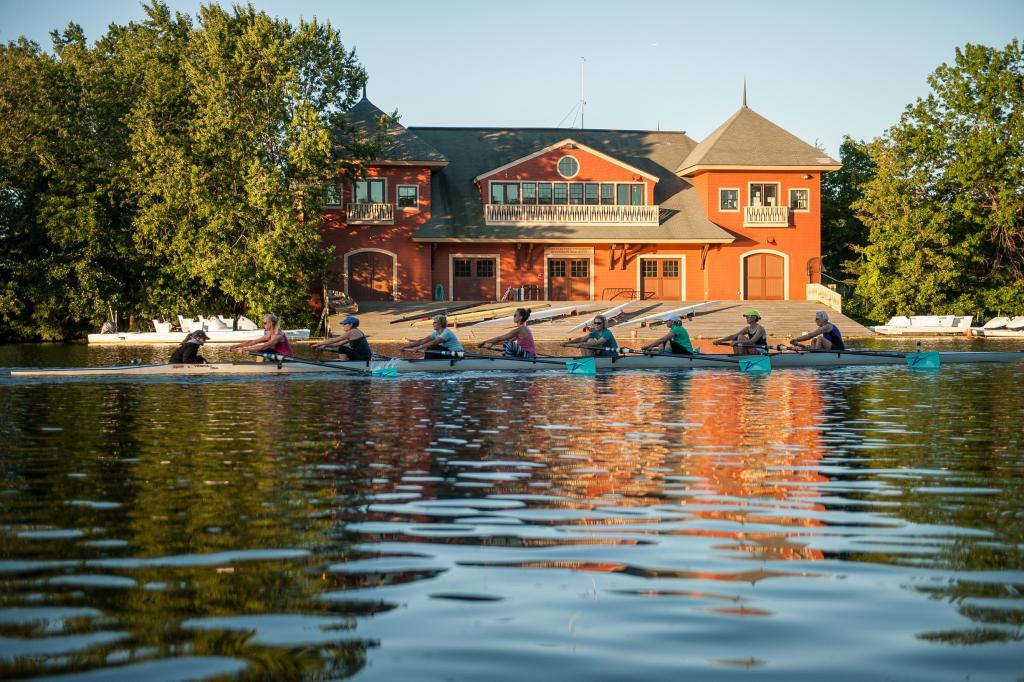 The Henderson Boathouse, serves Northeastern’s Division I Women’s and Men’s Rowing Programs along with a variety of recreational programming. Consigli provided pre-construction and construction management services to the Department of Athletics, beginning with determining the full scope of work that was feasible within their budget which required accessibility upgrades and HVAC improvements to serve this campus community.

Project Manager Michelle Bailey gave some insight on the project and talked about her first experience working on a boathouse. When asked about major challenges they had to overcome Michelle talked about working while the Boathouse stayed open and occupied. “It was important to Northeastern as well as Consigli that practice times were maintained and safely coordinated during construction. With the coordinated schedule, we also had to maintain access to the shop located on the first floor to allow for daily boat maintenance.” She also commented on the special requirements they had to follow including the installation of a complex sprinkler and rack system. “The sprinkler system had to be installed in an area that was much more intricate than a typical open storage area. Due to the proximity of the water and overhead doors being open to allow access to the dock to load/unload boats a dry sprinkler was installed including the use of a nitrogen generator.”

Working on the Henderson Boathouse was a unique project in many ways and the team gained insight about the sport of rowing. “What was unique about this project was learning the priorities and logistics of what it takes to maintain a world class rowing team.  After working so closely with the Northeastern teams, I have great respect for the sport and discipline involved in it.” 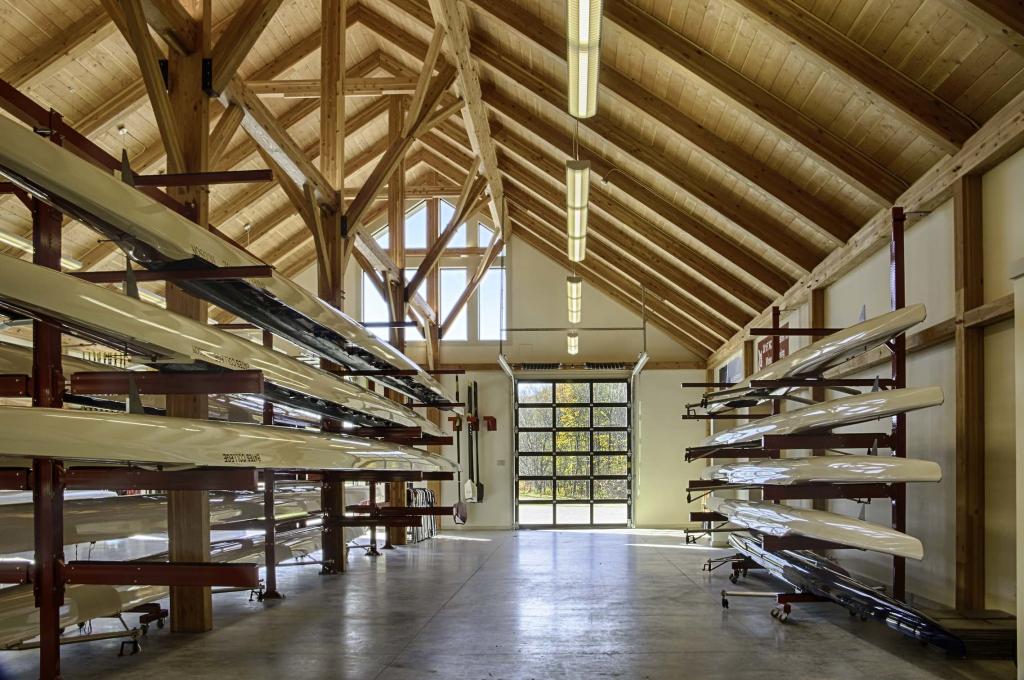 Competing in the NESCAC Conference, Bates College needed a new boathouse for their renown varsity rowing teams. Dave Thomas, Project Executive talks about his experience on site and some of the challenges they faced during the fast-track five-month schedule.  “The site we were working on was located away from campus in Greene, ME.  We were dealing with well water and had to bring all electrical sources from an off-site location since the project was so remote, which made things difficult at times.” Prior to construction, Consigli completed earthwork and erosion control for the site, which was located on the Androscoggin River. Due to the extensive timber-framing on the boathouse, the design-build team built physical mock-ups of the timber framing on site for quality assurance and review prior to construction.

A challenging part of this project was the incorporation of the old boathouse into the new design. The original boathouse was a pole-barn structure built in 1988 with dirt floors and no electricity. Knowing the rich history of the program, reclaimed wood from the old building was used for the new boathouse’s interior walls.  “It was a nice detail to the project that brought back the history and memories that the old boathouse had given to the programs.”  The reclaimed wood lined the corridors to the locker rooms and the meeting room.

Dave has worked over ten years on the Bates campus, completing multiple projects, but he never knew, until now, how impressive their rowing team was.  “The grand opening of the boathouse was a big tribute to this, with hundreds of people showing up including past alumni, family, friends and other students from the school.  It was amazing to see how much passion and dedication go into the program and it shows why the teams have been successful for so many years.”