Consigli Construction Co., Inc. is managing the historic masonry restoration of the Longfellow Bridge’s four iconic granite towers over multiple phases as part of the joint venture team with J.F. White and Skanska to restore and rehabilitate the 106-year old bridge.

An icebreaker cleared a path on the Charles River between Cambridge and Boston so a barge-mounted crane could be floated along the upstream side of the bridge, beginning the process of dismantling the bridge’s famed “salt and pepper shaker” towers.

Saturday’s Boston Globe reported, “Over the next four to six weeks, crews working on the restoration of the bridge that straddles the Charles River will painstakingly remove each of the 529 blocks in each tower, some weighing as much as three tons, for cleaning and repair.”

The granite blocks will be carefully documented, photographed, assessed, labeled and tracked as they are transported by the river barge to an off-site facility for restoration, and transported back for reassembly. 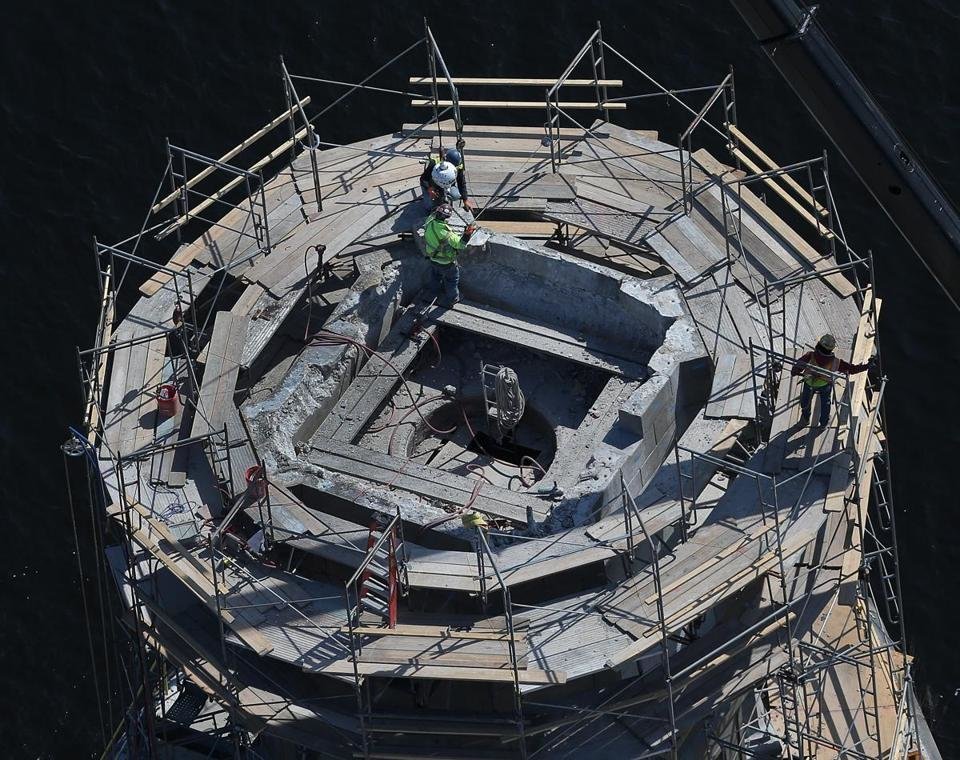