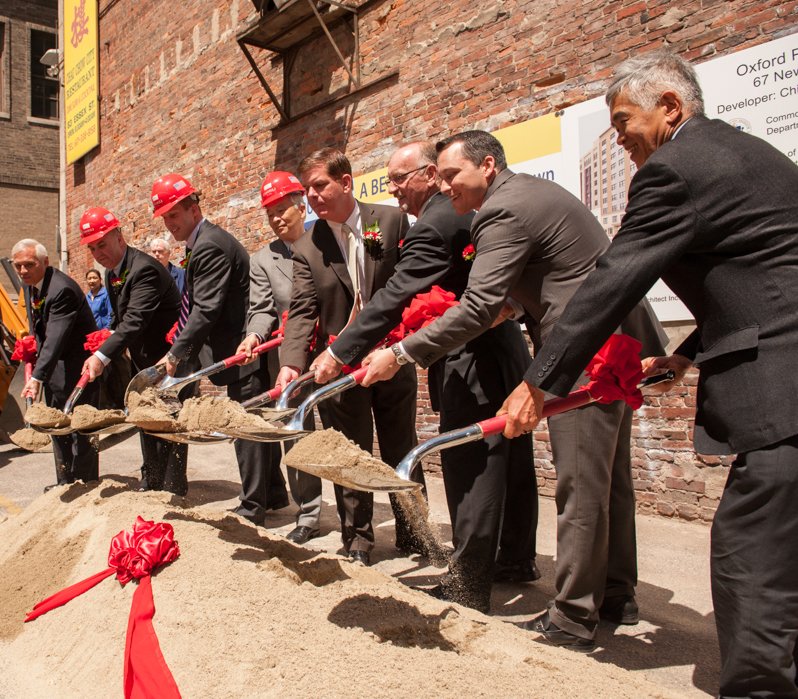 Developed by the CEDC, the eleven-story structural steel building will provide 67 rental apartments for Chinatown’s low-income population.  Primary lender for the project is Boston-based Eastern Bank, the largest and oldest mutual bank in the country, along with syndicator Royal Bank of Canada (RBC).

“Today’s groundbreaking ceremony is a momentous occasion for Chinatown,” says Dr. Edward T. T. Chiang, Chairman of the Board for the CEDC. “This is a transformational project that will result in much needed, modern, efficient and comfortable residences for this community.”

Located in the Boston Empowerment Zone, adjacent to the Midtown Cultural District, the new construction will infill the site which has been used solely for surface parking since 1951. Oxford Ping On Affordable Housing will not only maximize the use and economic vitality of the Chinatown Main Streets area, but also address the critical affordable housing need of the low-income households in the surrounding neighborhood.

The development will include 48 studio apartments, 16 one-bedroom and three two-bedroom apartments, as well as handicap accessible units.  Surface parking is located directly across Ping On Street and numerous public transit options – bus, subway and train – are within a few blocks of the site.

​“I’m proud that the City of Boston’s commitment to this project will create 67 units of affordable rental housing for working people in Chinatown,” Mayor Walsh said.  “The construction of Oxford Ping On will rebuild and preserve an important portion of Boston’s Chinatown community.  We are proud to partner with an exemplary team of builders and designers.”

The project is slated for completion in late summer 2015. 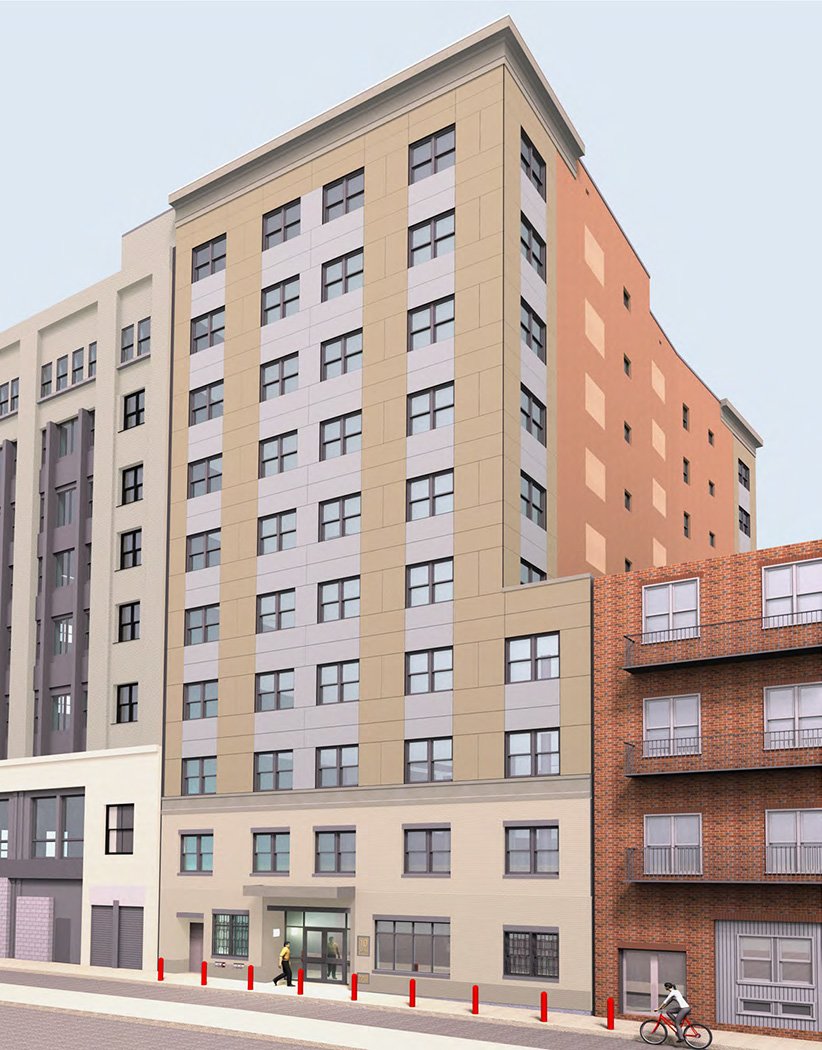